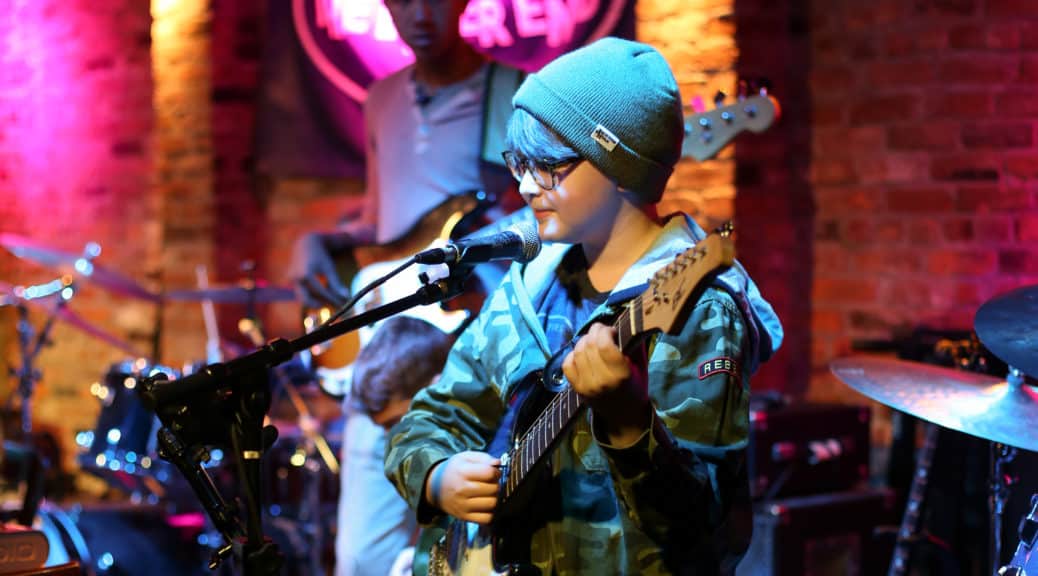 At the end of each summer it’s time to start the conversation with our kids about what’s next in the upcoming school year. What after school activities will they be interested in continuing and what will they want to try as a new activity. Sure, our school offers an after school program that’s great and has a lot of options but a true music program is not available. 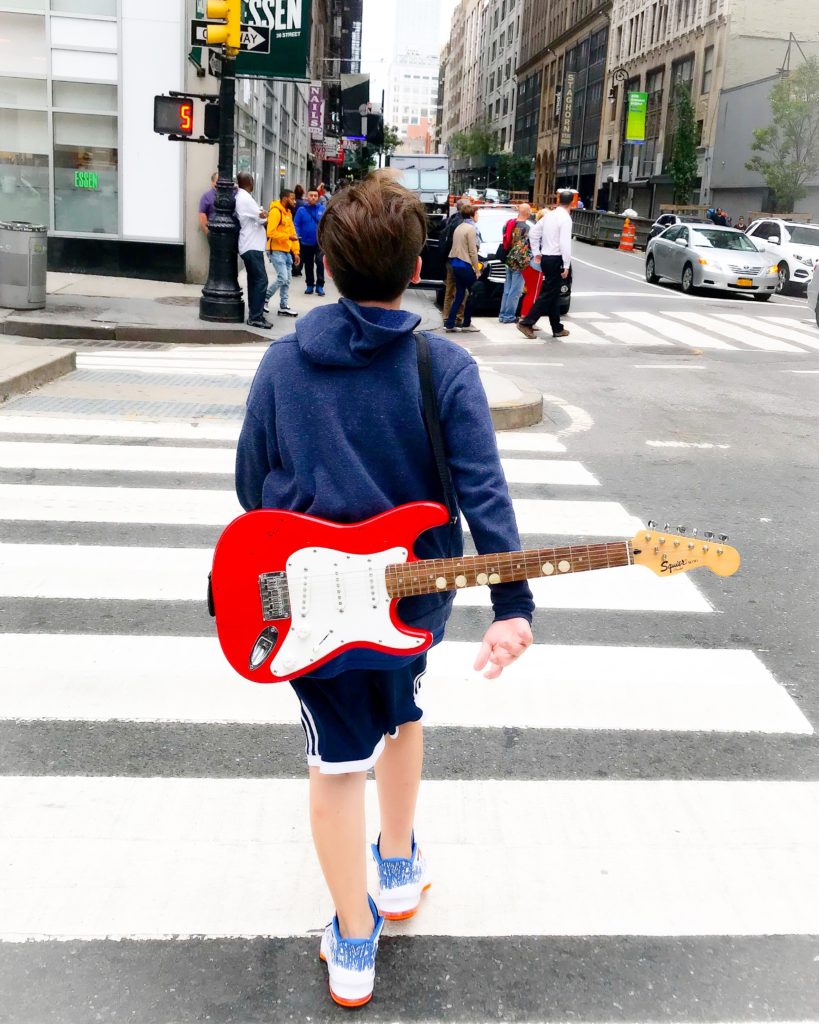 Living in NYC, parents realize early on that sacrifices will have to be made to stay in the city and learning to play a musical instrument could simply not be in the cards because let’s be honest- who has room for a piano? We certainly don’t but an instrument like a guitar, electric keyboard, could be an option! 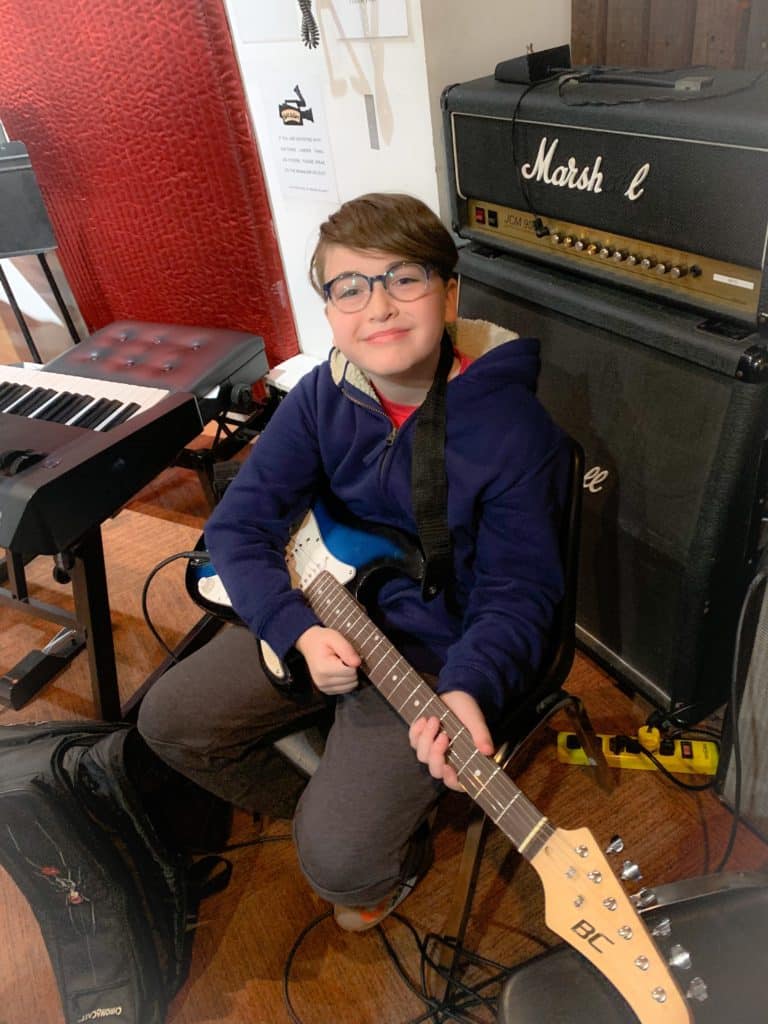 We all realize the importance of music and most parents (myself inlucded) would love for their child to learn how to play a musical instrument. Music really is a universal way for people to connect and having an appreciation is so valuable as kids grow up pursue their distinct paths. 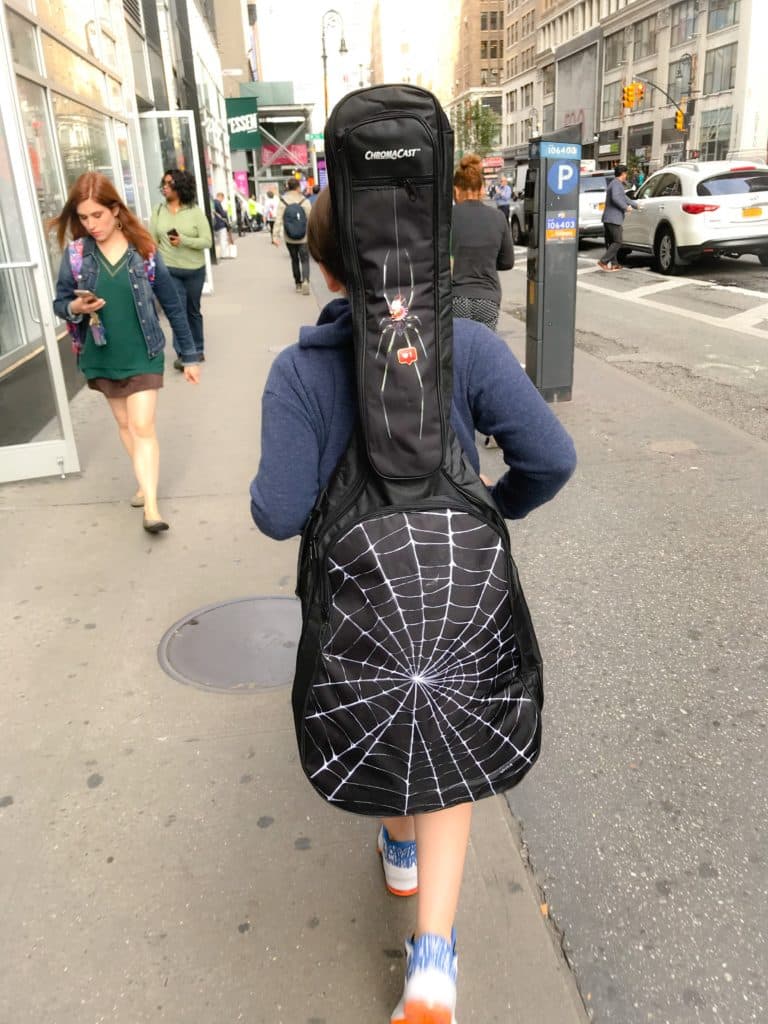 Approximately a year ago I learned about a unique after school music program in NYC called “Come Join the Band“.  Come Join the Band, Cjtb is a music program that allows kids to learn to play a favorite instrument  in an actual “band” setting in NYC. Small groups are formed with kids around the same age with a dedicated music teacher. Right away kids learn to play famous covers, write their own original music, and of course play alongside adult musicians for extra guidance and direction. 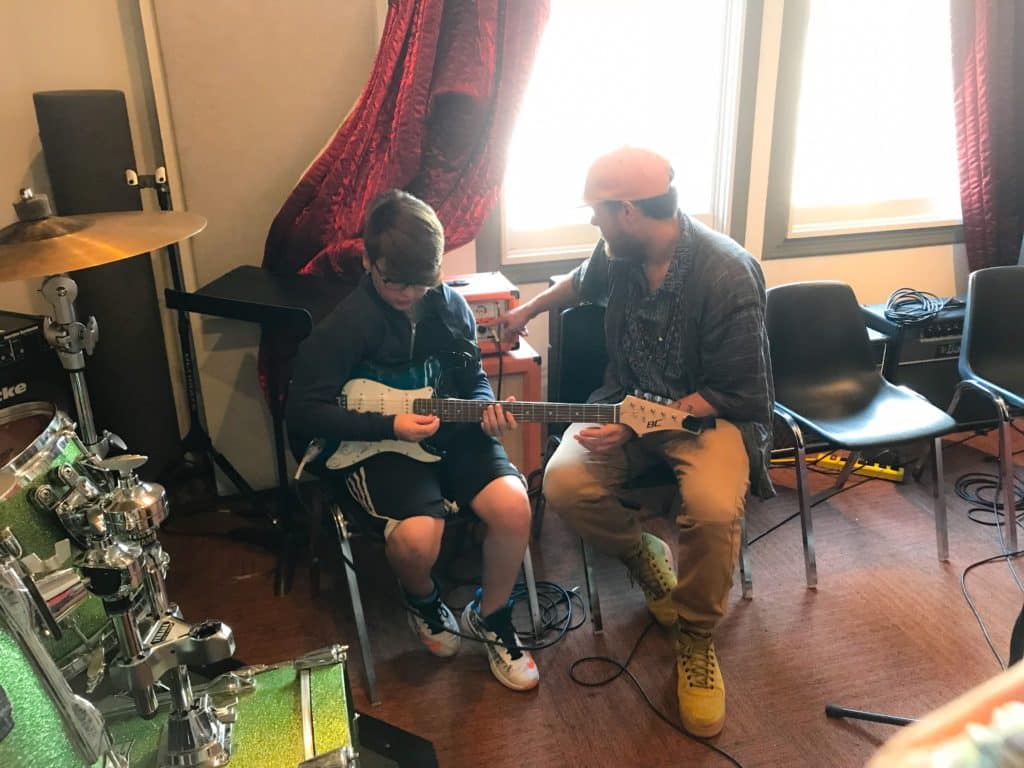 When I partnered up with Cjtb, I really had no idea what to expect. My music background consisted of my mom dropping me off at a women’s home for Piano lessons in a suburban neighborhood. When I took my son to band practice the first day, near Madison Square garden at Smash Studios, I was blown away. Smash Studios is a professional music studio with 10,000 square feet of space. Music legends are framed on the walls and each room is equipped with the highest quality gear and has the best sounding studios. 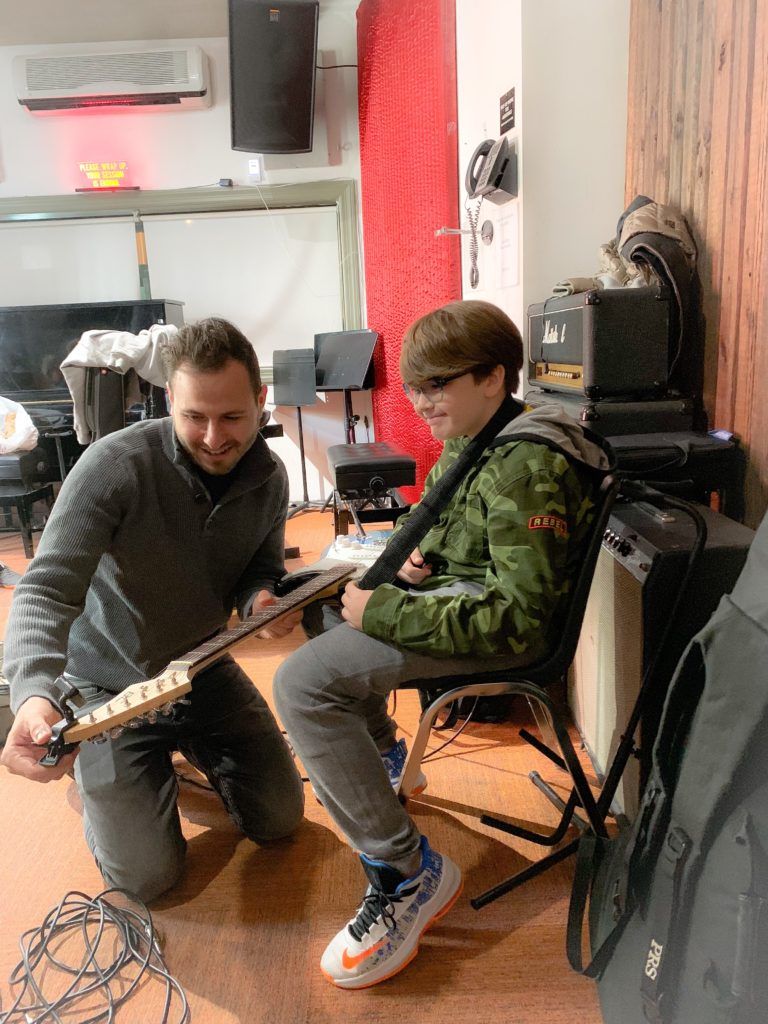 My 10 year old son decided he would like to play the guitar, so we bought him a second hand one from a friend. The founder of Come Join the Band, Stephen Jacobs, immediately made my son feel at home in his new surroundings and quickly introduced him to his band mates. Stephen has an amazing background in kids music and was even featured on Nick Jr. with his band, The Dity Socks Funtime Band. My son used to love watching this band perform in real life and on T.V., so this was really extra cool! 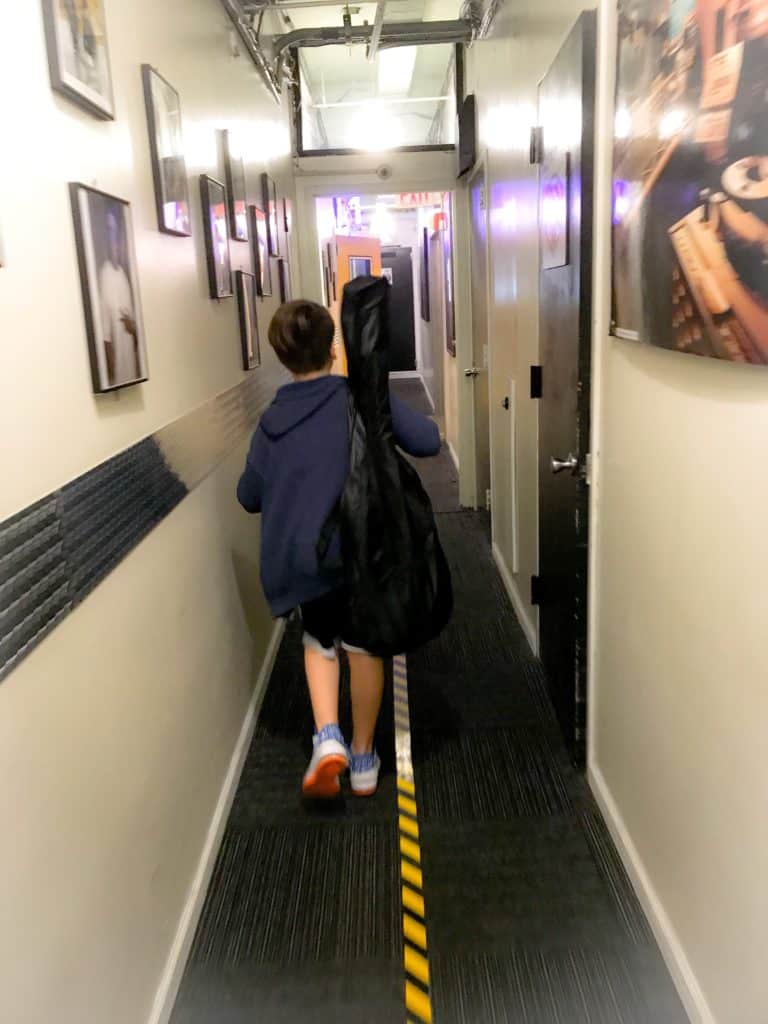 Since my son had never picked up a musical instrument before, he had a little catch up work to do. Of course things have evolved and anything and everything can be found online if he needs extra help. Also,  a practice log is  emailed to the kids and/or parents with helpful information to help improve each week. 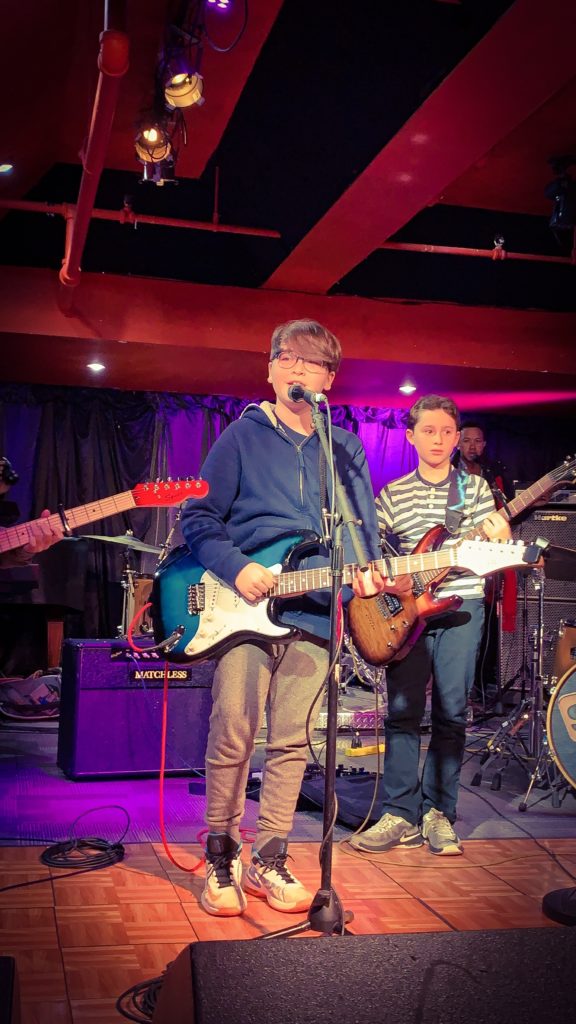 Once a week,  my son would leave the music class on “the highest note”. His attitude was so positive at pick-up and I think this was really just a special time for him where everything else would just fade away and he could focus on making music with his band. His music teacher would always let me know how the session went which I really appreciated.

There was a concert early on in which friends and family could come and listen to the progress. My son’s band, “The Toast Makers”, chose the song “High Hopes”, by Panic! At the Disco. The first concert wasn’t exactly music to our ears, but it was evident where things were going. I was also completely caught off guard to learn my son was playing the guitar, AND the lead singer! I was truly amazed at what my son and the other kids had already learned in an incredibly short amount of time! 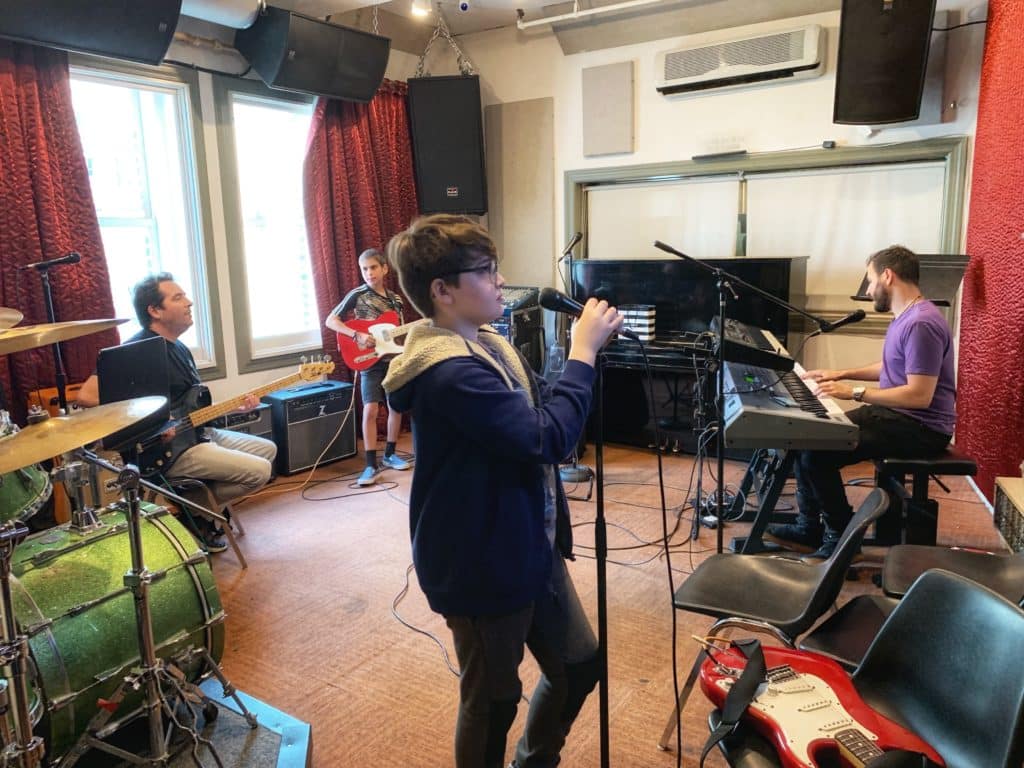 Come Join the Band is not an ordinary music program. It’s an extraordinary  program that allows kids to feel special, confident, included, and motivated. This is a judgement-free zone where all ideas are welcome and encouraged. Aside from cover songs, the kids also write original songs. I was literally rolling with laughter at the lyrics and floored by the creativity of these kids! When the lyrics are set to music these silly words actually sound awesome!

There are many different bands of various ages (5-18) that play 5 days a week at Smash Studios. Several bands had the opportunity to play at the Oculus during this past Holiday season and it was spectacular. The kids were so happy to be on a stage in a larger than life building here in NYC. 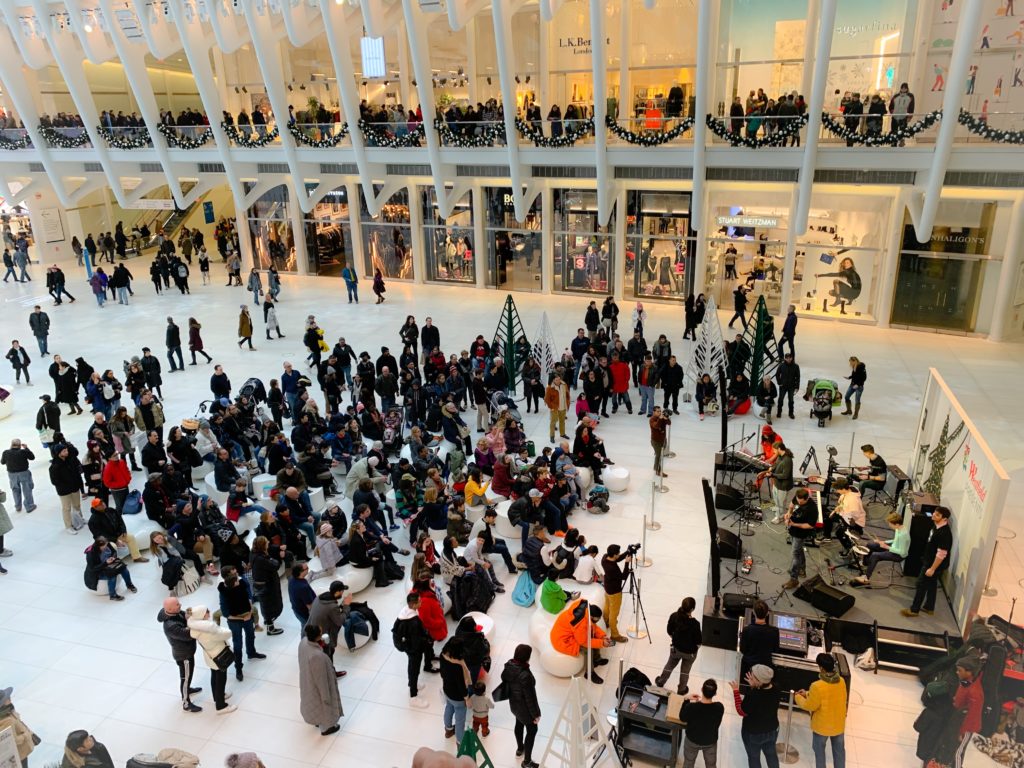 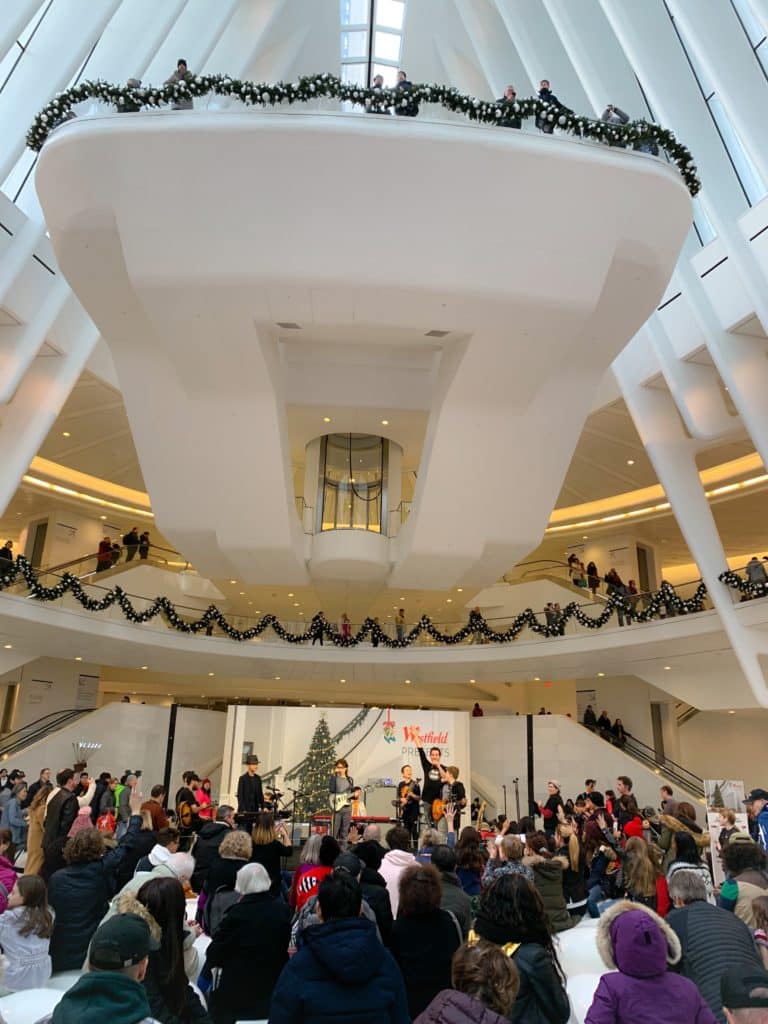 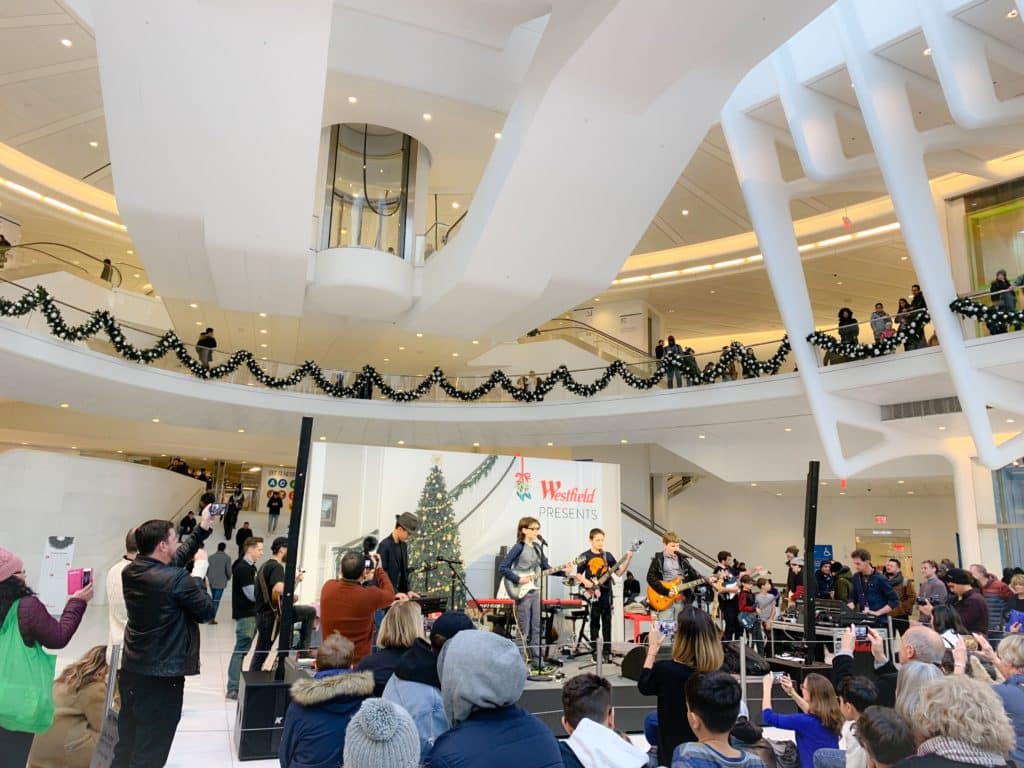 My son’s next concert at the legendary club, The Bitter End in Greenwich Village, was really a game changer. His confidence level was through the roof and the progress his band made was like night and day. I can’t tell you how exciting it was for our family to see our son on stage at The Bitter End! It was such a joy to see these performances and hear the difference within a few short months. 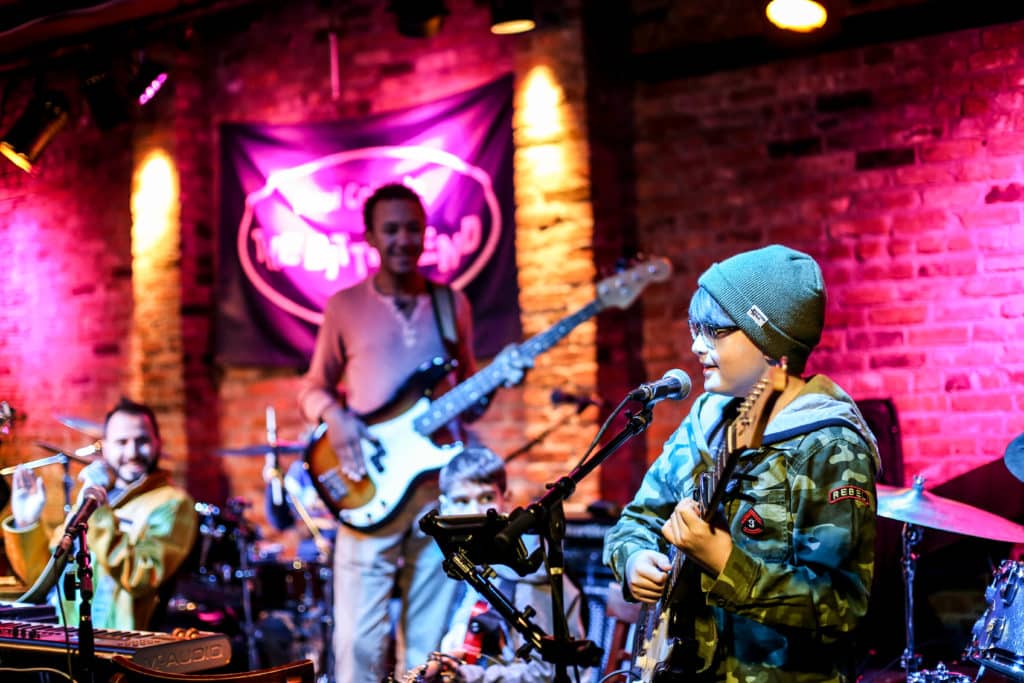 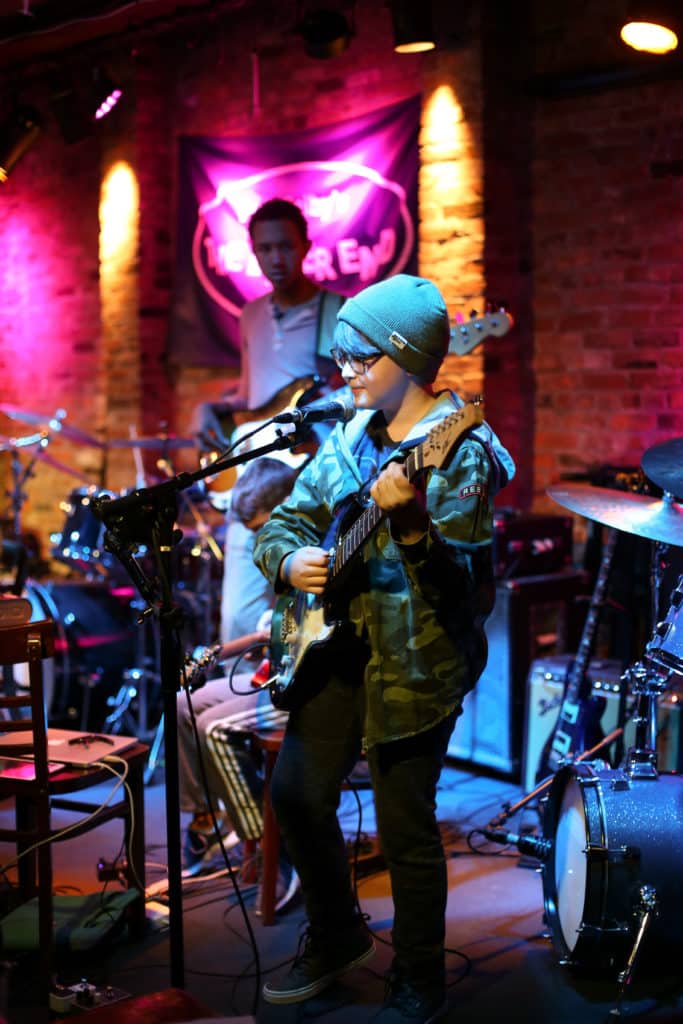 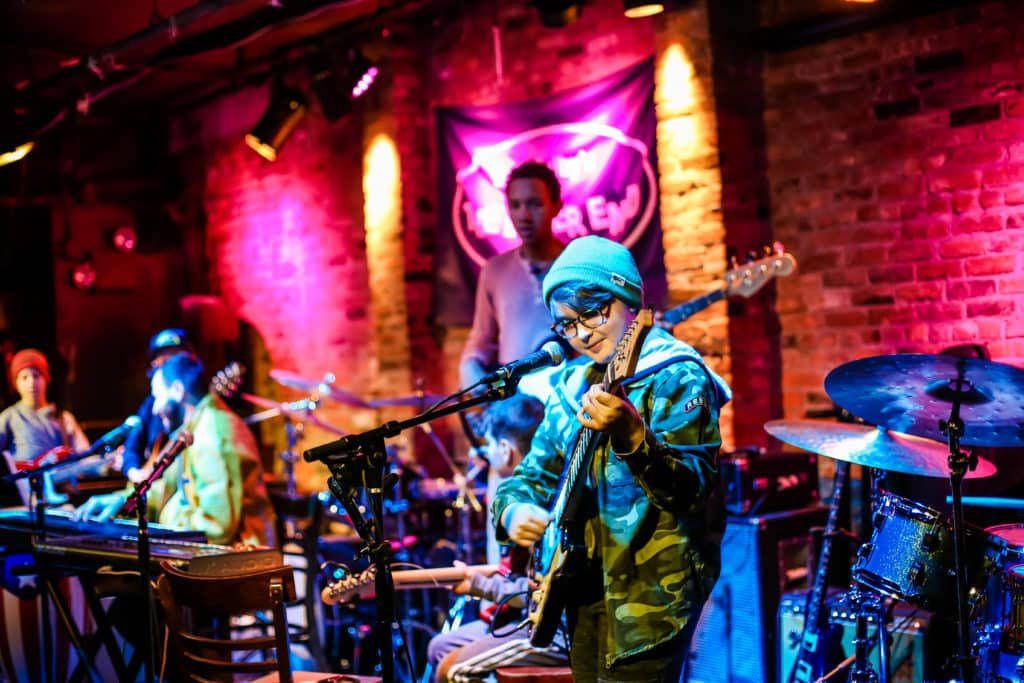 My son’s next performance included a street fair on the Upper West Side which was really fun, followed by a performance at a local NYC public school for a special “Rock Night”. My son had a blast at both of these events.

Come Join the Band also gave my son the extreme level of confidence to sign up for his school’s “talent show” this past Spring. Of course I supported and encouraged him, but I was secretly a little nervous wondering if he would pull it off. My son took the stage as a solo act,  singing and playing the guitar to ‘High Hopes”. He rocked the house and had his classmates going wild. It was a moment in time I will never forget as long as I live. He could never have done this without Cjtb. 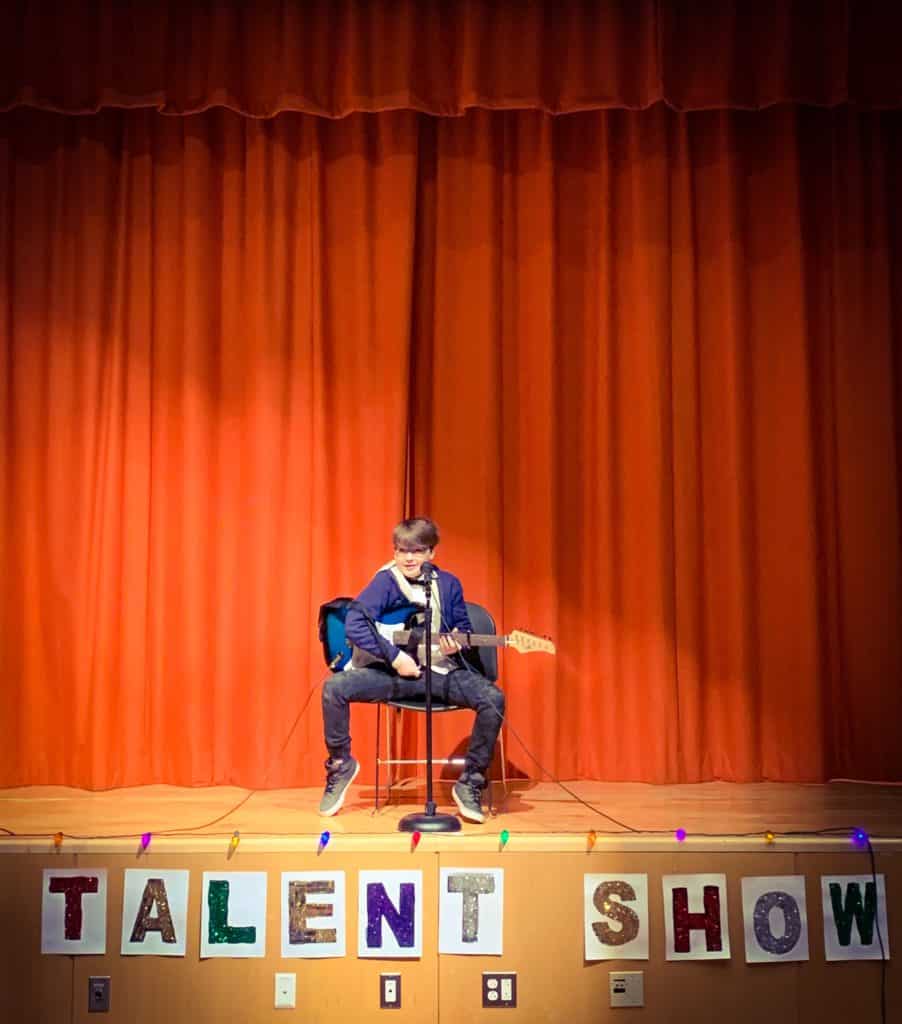 My son’s last performance of the year was also at The Bitter End. His band performed “High Hope”, “Under Pressure” , and one original song. This past year at Come Join the Band has really transformed my son in a way both musically and creatively, and I look forward to another great year in the Fall. 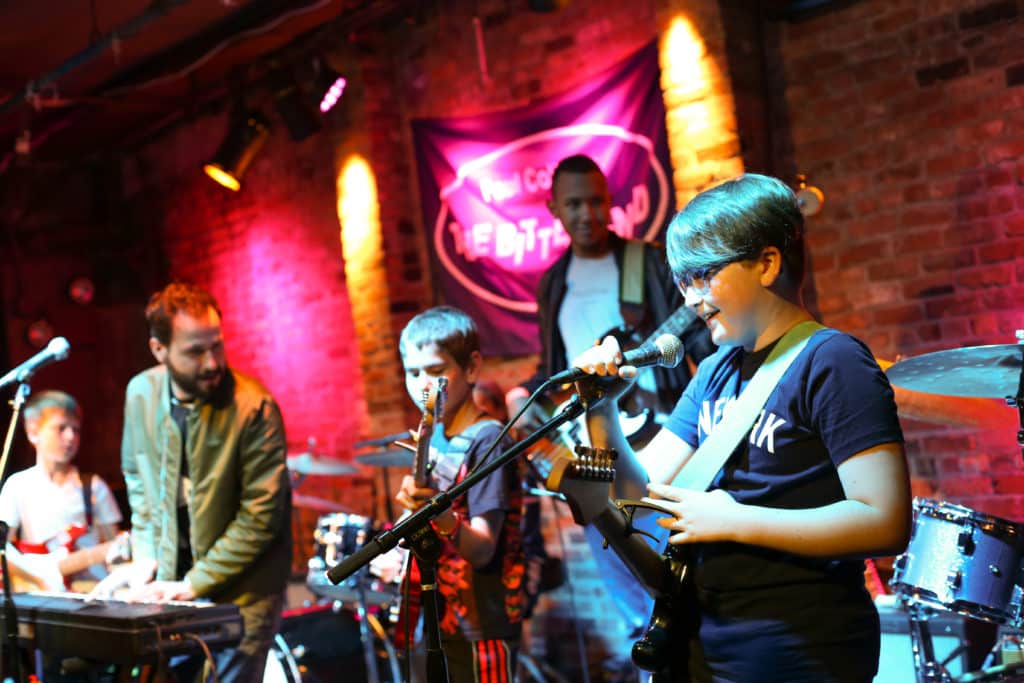 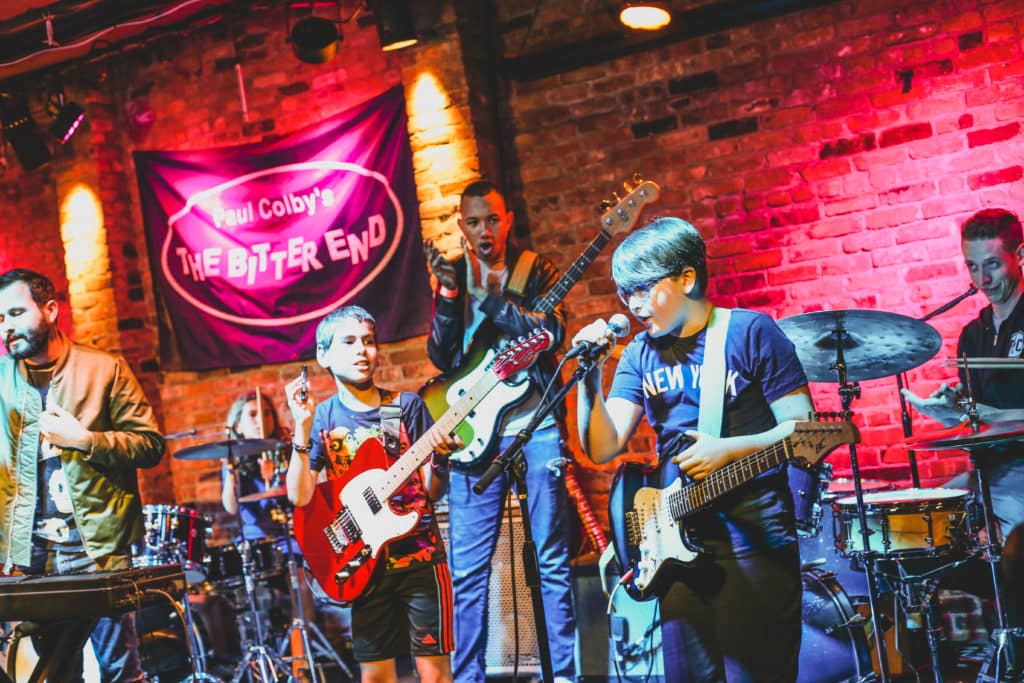 Come Join the Band is currently booking for Fall. Be sure to check out the schedule here and feel free to ask me any questions! Trust me, this is an experience of a Lifetime for your kids! 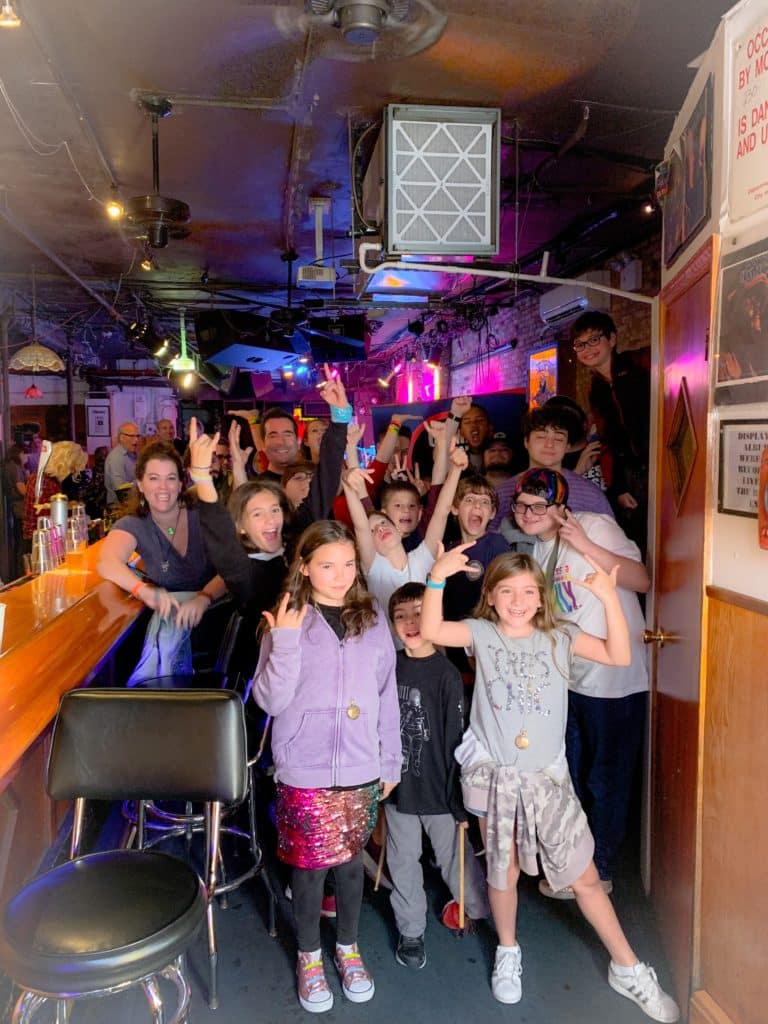 We last visited the @metmuseum 22 days before the

I recently partnered with @babbleboxxofficial to w

One of our favorite #nyc restaurants is BACK! 🍔

Twinning in rainbow & tie dye can lift any mood! T

One positive trend I noticed over #quarantine is p

We recently visited @museumoficecream for a specia