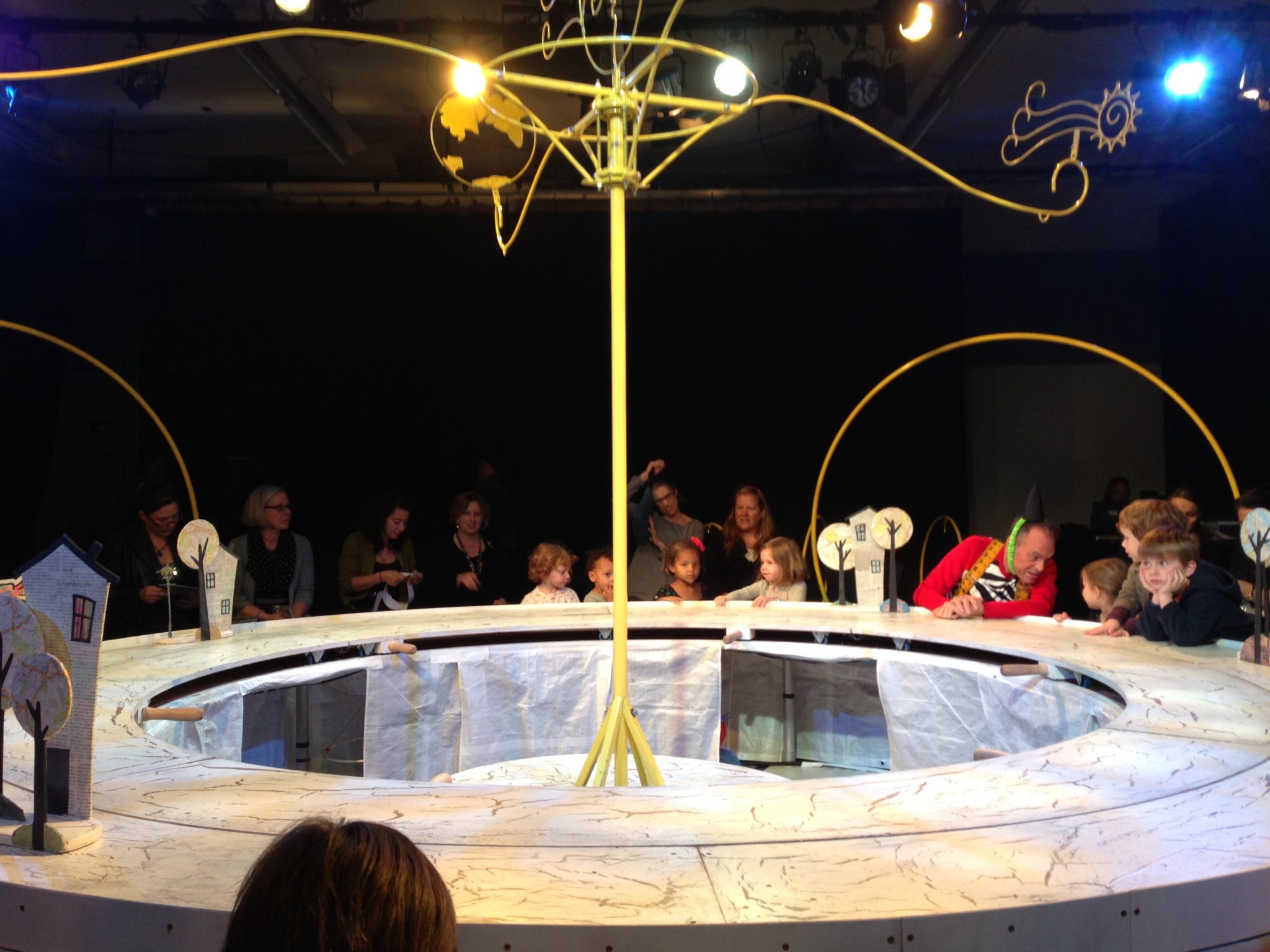 I recently saw a fantastic Children’s show last week! Ring a Ding Ding is an exciting new show on Broadway straight from London.

The show starts in the great space, The New Victory Theater. The children are brought into a room in which they can design and color their own head bands to get ready for the show. The small cast of characters entertains the children and tries to get them acclimated for the show. There is a short discussion of the different elements and characters that will be seen in the show but nothing is too overwhelming. Keep I’m mind the proper age is 3-5, so it helps to be within this recommended guideline.

Once the pre-show is over, the children are led to a grand room but before they enter, they must ring a bell. Bells are a huge element of this show, hence Ring a Ding Ding!

Upon entering this dimly lit room, it is evident this is definitely for children. There are tunnel to crawl under, things to explore, and a very cool circular stage in the middle of the room.

Once the children find a seat it is time for the magic to start. A very melancholic beat is felt throughout the entirety of the show. I found it very relaxing as an adult to sit back and watch my child become more and more interested in what the characters had to say. Without giving too much away, it was indeed a mystical journey to the moon and back. Children were allowed and even encouraged to touch some of the characters in the play such as little dolls and moving elements.

I have to admit, I was slightly skeptical of this play beforehand, being that so many American kids shows rely on complete sensory overload. However, my son was intrigued and hanging on to every word.

The entire voyage was completely entertaining and unlike anything we have ever seen! I highly recommend Ring a Ding Ding for children and parents!

A big thanks to MamaDrama for being involved with such a great organization, The New Victory Theater!

This spring was clearly a different one for us all

This past February I came across a booth at @child

Without tourists or the normal Wall St. foot traff

Is anyone else laughing on the outside but crying

How do you fit your life in 14 seconds? When I mov

Yesterday we walked around our neighborhood for th

With the seasons changing I can’t help thinking